Share a memory
Obituary & Services
Tribute Wall
Read more about the life story of Virgil and share your memory.

Virgil Howard Kaiser, passed away on Sunday, December 4, 2022 at Lakepoint nursing home in Augusta KS. He was born to Henry H. and Anna Kaiser in Durham, KS on January 25, 1931. After graduating from Durham High School, he went to Tech school in Nebraska and then worked for the Santa Fe Railway Company as an apprentice. He joined the U.S. Army Signal Corps in January of 1952 utilizing the Morse code skills learned with the railway and served in the 321st Signal Battalion in Stuttgart Germany until December of 1953.

Upon returning to the States, he was employed by the Santa Fe Railway Co. as a Railroad Clerk - Towerman. He was joined in marriage to Betty Anna Druse on June 9, 1956 in Marion KS. They were married for 37 years and were blessed with two children, Kenny Kaiser and Brenda (Kaiser) Einem. Betty passed away on August 26, 1993.

Virgil was joined in marriage to Rosalie Meierhoff on March 3, 1994 in Augusta KS.  They were married for 28 years.

Virgil's hobbies included gardening, travel, supporting his family and various church activities.  He was a life-long member of the Lutheran church and was active in men's club, Lutheran Layman's League, softball team, Bible classes, and served for many years as Elder.

He was preceded in death by his father and mother, brothers Marvin Kaiser, Gary Kaiser, wife Betty.

To send flowers to the family or plant a tree in memory of Virgil Howard Kaiser, please visit our floral store. 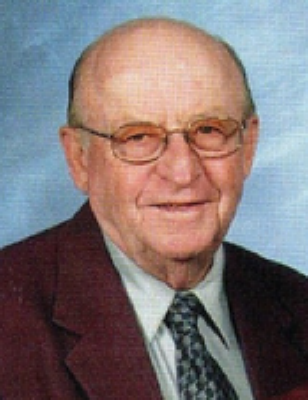