Share a memory
Obituary & Services
Tribute Wall
Read more about the life story of John and share your memory.

John Clifton Broomfield, 71, of Towanda, KS, passed away Friday, November 25, 2022 in Wichita. Visitation Monday 6 p.m. to 8 p.m. at Headley Funeral Chapel, Augusta. Funeral service 10 a.m. Tuesday, November 29, 2022, at First Baptist Church, Towanda, KS. Burial will follow at Elmwood Cemetery, Augusta, KS. John was born in Wichita, Kansas on November 23, 1951, to the late Norma Jean (Keethler) and Floyd Clifton Broomfield. He was a lifelong resident of Kansas. In May 1969, he graduated from Pomona High School. On August 2, 1975 he married Jolene Lynn (Rowland) Broomfield in Augusta, KS and together they raised one child, their daughter, Angela who was born in 1979. John worked in various locations as custodian and maintenance man, including schools and churches, such as First Baptist Church in El Dorado and Towanda. John retired in 2014. His beloved wife, Jolene passes away in 2020. Others who preceded him in death were his brother, David; his parents; and his grandparents, Forest and Ethel Broomfield and Loren and Helen Keethler. Survivors include: his daughter, Angela Terrill (Scott) of Wichita, KS; sisters, Janice Kittle (Ron) of Sumter, SC; Julie Hoffman (Peter) of Augusta, KS; Mary Lancaster (J.D.) of Wichita, KS, and Barbara Broomfield of El Dorado, KS; sister in law, Beverly Rowland and brother and sister in law, Jim and Diane Rowland; several nieces and nephews, and aunts and uncles. Memorial donations to: First Baptist Church, 529 N 11th St., Towanda, KS 67144.

To send flowers to the family or plant a tree in memory of John Clifton Broomfield, please visit our floral store. 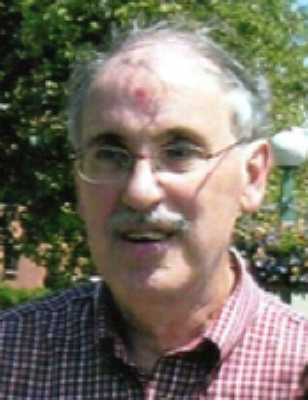