Share a memory
Obituary & Services
Tribute Wall
Read more about the life story of Jimmy and share your memory.

Jimmy Wampler, 88, of Augusta, passed away peacefully Friday, September 16, 2022 at The Center at Waterfront in Wichita, KS.

Services will be 10:00 a.m. Saturday, September 24, 2022 at Headley Funeral Chapel, Augusta. Private burial will be at Elmwood Cemetery, Augusta.

Jimmy was born in Browning, MO on November 17, 1933. His parents were Jade and Ruth Wampler of La Plata, MO. After Ruth passed away, when Jimmy was 8 years old, he was raised by his grandparents, George and Della Roan.

Jimmy was drafted into the U.S. Army in 1955. He completed basic training in Ft. Hood, TX and returned to Kansas to marry Eldenia Park, while on leave, on Christmas Day 1955.

While in the military, Jimmy served in Japan and Korea. He was assigned to a Tank Company, became a radio operator, and was proficient as a sharp shooter.

After being honorably discharged from the Army in 1957, Jimmy and Eldenia took residence in Augusta and then moved to Wall, SD for several years during the 1960s when Jimmy resumed his ironworking career working on missile silos. They returned to Augusta and resided there since.

Jimmy was a foreman supervisor when he retired from ironworking in 1994 from the Jack Foster Company. In addition, Jimmy was an avid outdoorsman that enjoyed hunting, fishing, and won several skeet tournaments.

Jimmy is preceded in death by his wife, Elendia, of 61 years who passed away in 2017. He is survived by his two daughters, Jo Ellen and Janice. Jo Ellen Schreiber (and late husband, Emil) of Andover, KS have four grown children with children of their own. Janice Bogner, and husband Kevin, and their daughter, Jacquelyn, of rural Augusta.

In lieu of flowers, memorial contributions may be made to or Good Shepherd Hospice 7829 E. Rockhill, Suite 403 Wichita, KS 67206.

To send flowers to the family or plant a tree in memory of Jimmy Wampler, please visit our floral store. 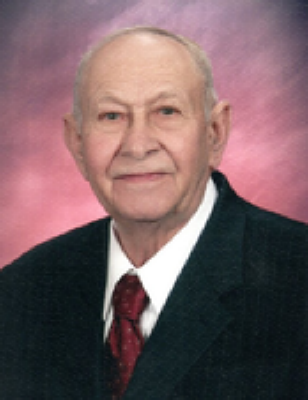